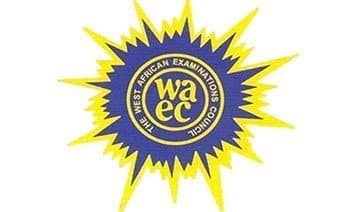 OUTGOING registrar of the West African Examination Council (WAEC), Dr Iyi Uwadiae has disclosed that there is no going back on the body’s full migration into digital administration of its examinations.

To this end, Uwadiae who will bow out on September 30 after seven years in the saddle said WAEC-owned Computer Based Test (CBT) centres have been established by the council as well as private and public institutions while e-marking software and equipment are being used for the marking of selected subject papers.

“The secretariat too has paid a deserved attention to the issue of examination leakages and resolved to settle for nothing short of total eradication of the nuisance. Other types of malpractice also received our deepest reflection, as the council constructed or furnished for use, its own standard/model examination halls in places like Lagos and Benin City in Nigeria, Accra, Cape Coast, Wa and Koforidua in Ghana as well as Tubmanburg in Liberia,’’ he said.

According to him, the council has been relentless in the deployment of technology in its operations and activities, and with its use, built tighter security around its examination materials and conduct.

He said various gadgets and software were deployed for identification of candidates, capturing of data and detection of irregularities at examination centres.

The WAEC boss said constrained papers were also introduced to stifle cheating at the examinations.

Uwadiae who disclosed this at his valedictory briefing and inauguration of the council’s teleconference facility at its international office, Ikeja added that efforts at making inroads into the neighbouring non-WAEC member-countries such as the Republic of Benin, Togo, Burkina Faso, Guinea and Mali have paid off.

The outgoing registrar said more schools and candidates in those countries had been attracted to the council’s examination.

He said the development is a major breakthrough for the council, among other achievements during his tenure.

As part of efforts to satisfy the educational aspirations of some other stakeholders in the five member-countries, Uwadiae said the council in Ghana also introduced additional diets of the WASSCE and BECE for private candidates.

“We introduced in the private candidates’ examinations, a facility for admitting on-the-spot candidates who were unable to enroll within the designated registration period.

“We also created `Attestation of results’ which is a replacement as good as the original, to alleviate the challenges faced by former candidates whose original certificates are missing or destroyed,’’ he said.

The Registrar said that council had sustained the culture of paperless meetings with the preparations and circulation of electronic folders for all committee and staff meetings across the five member-countries.

“We now disseminate information and communicate worldwide through our well-maintained website as, subscribed telephone networks, social media, and other electronic and internet-based channels. We also went some way further by implementing the teleconferencing project, which had remained in the pipeline for quite a while.

How We Recorded Shehu Sani Begging My Father – ASD Boss’...