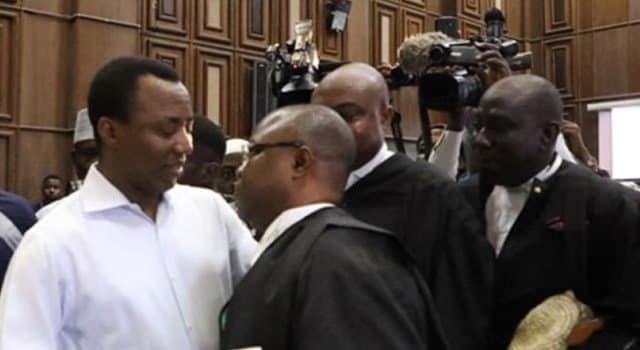 The trial judge, Justice Ijeoma Ojukwu imposed a N100 million bail on Sowore, with two sureties in like sum. Bakare got a N50 million bail.

Ojukwu ordered that the duo are to be remanded in prison custody until the fulfillment of the bail conditions. They have also been prohibited from addressing the press until completion of the trial.

Nigeria’s secret police have been holding Sowore since his arrest August 3, 2019.

He was initially detained by the Department of State Services (DSS) for calling a nationwide demonstration against President Muhammadu Buhari’s government, but formal charges against him, including treasonable felony, cyber-stalking and money laundering, were made in court.