The Government of Oyo State has observed certain misinformation, misconception and outright mischief in the interpretations being given to the N7.6 billion Agriculture loan, which the state government on Thursday secured the nod of the State House of Assembly to access.

A statement by the Chief Press Secretary to Governor Seyi Makinde of Oyo State, Mr. Taiwo Adisa, on Saturday, indicated that the Government had equally noticed the deliberate misconceptions and misinformation on the loan facility, saying it was an attempt to colour the truth to confuse the unsuspecting public.

The statement maintained that the administration of former Governor Abiola Ajimobi had obtained the said loan from the Central Bank of Nigeria and that Governor Makinde, had, in the interest of Oyo State, prevented the past government from squandering the loan at the twilight of the administration.

The statement read: “The misconceptions and misinformation that Governor Makinde was going for a loan of N7.6 billion is a deliberate attempt to colour the truth and it is an indication of a political move by certain commentators who are exhibiting apparent amnesia on the matter.

“Governor Makinde is not seeking for a fresh loan. The action that was taken by the House of Assembly of Oyo State on Thursday was to give the legislative nod to the State Government to access the fund that had already been domiciled with the government since the days of ex-governor Ajimobi.

“The Governor’s decision to approach the House of Assembly was a mark of his belief in due process, the rule of law and its processes. Ordinarily, some state executives would just have proceeded to spend the funds since it was already in the coffers of the state, but Governor Makinde won’t do that.

“You may wish to recall that sometimes in 2017, the Central Bank of Nigeria (CBN) had approved some funds under the Commercial Agriculture Credit Scheme (CACs) for disbursement to four states including Ekiti; Osun; Oyo and Abia.

“Somehow, the immediate past administration of Governor Ajimobi chose to delay access to that money until April 2019, when the governorship election of 2019 election had been won and lost. That government intended to expend the said money on the purchase of “Agriculture equipment” in less than two months to the end of its tenure. Allowing access to that money within a month of Ajimobi’s exit could only be counter-productive for the people of Oyo State.

“It was the spirit of activism in Engineer Seyi Makinde that prodded him to smell a rat in the plan to access that money in the twilight of Ajimobi’s administration and that informed the suit filed by then Governor-elect Makinde at the High Court of Oyo State to secure an injunction restraining the then Governor from accessing that money. The suit, dated May 7, 2019, is referenced M/284/2019.

“It is a well-known fact that the immediate past administration in Oyo State had spent millions of Naira on the purchase of agriculture equipment including excavators and tractors, whose locations cannot be ascertained just a year after the purchase.

“Besides, no one could estimate the value (if any) of the expended huge public funds.

“In effect, the decision by Engineer Makinde to stall the access of Ajimobi’s government to the N7.6 billion was not only well-considered but completely in the interest of the people of Oyo state.

“As the Governor of Oyo State, Engineer Makinde had taken his time to x-ray the best way the loan can be applied in view of the four-point Service Agenda of his administration.

“He has, therefore, come to the inspired decision to devote the said loan to the reconstruction and standardization of the Farm Settlements in Eruwa and Akufo areas of Ibadan.”

According to the statement, the two farm settlements are to be built into Farm Estates in line with the vision of the Makinde administration to ensure the full utilisation of the Agriculture value chain for economic expansion and to boost of Internally Generated Revenue (IGR).

“It is expected that when the two Farm Estates fully come on stream, the output therefrom would easily offset the loan secured while also providing the seed money for the reconstruction of the remaining seven Farm Settlements. 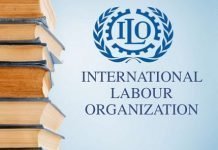