Oyo State Governor, Engineer Seyi Makinde has declared that his administration will turn Oyo State into a land of great investments which its residents can be proud of, through economic opportunities and agricultural development.
The Governor also charged Nigerian citizens to always put the national first and work for its overall growth.

A statement by the Chief Press Secretary to the Governor, Mr. Taiwo Adisa, quoted the Governor as making the remarks on the occasion of Nigeria’s 59th independence anniversary, held inside the Lekan Salami Sports Complex, Adamasingba, Ibadan.

The Governor said: “Welfare programmes will continue to be our focus in order to create a good life for all the citizens of Oyo State as we pursue our four-point policy thrust of Security, Health, Education and Economic Expansion.”

He also charged Nigerians to always put the interests of the nation first in their dealings so as to diminish all negative tendencies that inhibit the country’s progress.

Governor Makinde also declared that the Nigerian citizenry must change its orientation, embrace patriotism by always putting the country first.

According to him, Nigerians must shun egocentric concepts that negate development.

Governor Makinde further stated that his administration will continue to embark on projects and programmes that target the welfare of residents.

He explained that for the nation to develop, education must be prioritised, saying his administration has put in place policies and programmes to facilitate qualitative education.

He mentioned some of the measures already taken by him to include the cancellation of all fees payable in schools, distribution of textbooks and exercise books to students, organisation of extra classes for SS3 students, increment of the education budget to 10 per cent and plans to increase the budget to education to 12 per cent in the 2020 budget, among others.

The Governor added that the administration had also begun a turnaround of the health sector, while ensuring that its policy of keeping civil servants as partners in progress continues to run unhindered through prompt payment of salaries on or before 25th of every month and prioritization of their welfare and capacity building.

He said: “In order to achieve a greater level of educational development, we must invest in all-round development, self-reliance and self-actualisation by exposing them to trainings that will assist in become patriotic and responsible citizens within the society.

“A nation that desires development cannot afford to make education a luxury. Towards this end, we have not only cancelled the N3,000 education levy imposed by the past government, we have also mandated that 10 per cent of the State Budget allocation be allotted to education. It is our dream to increase it to 12 per cent by the subsequent fiscal year.”

On the health sector, the Governor stated that the State Hospital, Ring Road, has been equipped with modern equipment from its derelict state within the first 100 days of his administration, adding that his administration has also commissioned Oranyan Medical Centre to ensure people of the state have access to quality health care, even as he promised to use the Iranian model for all the 33 local government councils.

He, therefore, sought for the cooperation of Oyo State residents, saying: “I use the occasion of this year’s celebration to seek the cooperation of all progressive-minded people; civil servants, artisans, religious leaders, stakeholders, political leaders and followers. We shall accommodate all interests to ensure that every part of the State has a sense of belonging indifference to political or religious inclinations.

“As Nigeria celebrates her 59th Independence Anniversary today, I congratulate us and pray that in our time, the dream of Eldorado will be achieved.”

The event, which was witnessed by top government functionaries, members of the House of Assembly, traditional rulers and others, featured cultural displays, presentation of awards to winners of the Primary and Post-Primary School Essay Writing and Debate Competition earlier organised by the State Government as well as match past by students, voluntary youth organisations and Trade.

The Speaker, Oyo State House of Assembly, Rt. Hon. Adebo Ogundoyin; Chief of Staff to the Governor, Chief Bisi Ilaka; Secretary to the State Government, Mrs Olubamiwo Adeosun; Head of Service, Alhaja Ololade Agboola and Commissioners were in attendance at the event. 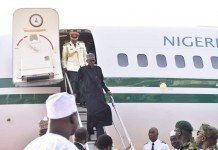 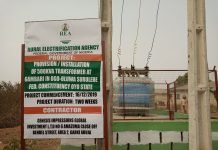 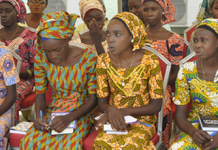 Why We Want To Collapse 400 Govt Bank Accounts —el-Rufai