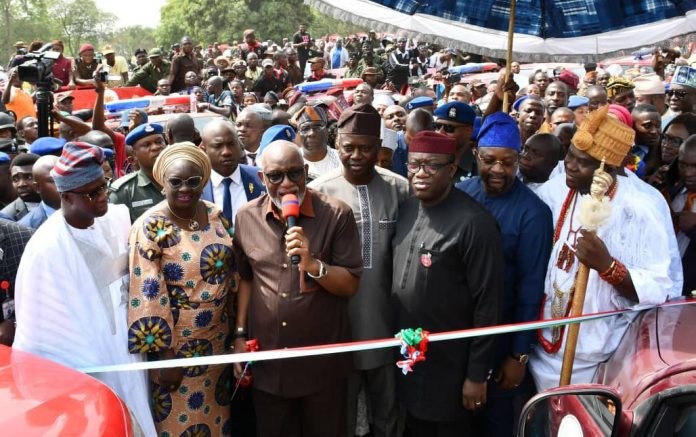 The Southwest Security Initiative, Operation Amotekun, has continued to get more supports, just as some individuals and groups are against the initiative.

Organised Labour, Governor Seriake Dickson of Bayelsa State and Mallam Yusuf Ali, SAN have thrown their weight behind the initiative, contending that such outfits were the way to go for the nation to surmount her security challenges.

Labour through the Nigeria Labour Congress, NLC, questioned the fuse over the outfit, noting that Nigeria had no manpower to police the entire country, neither the police nor the armed forces could perform magic without the help of non-state actors such as Amotekun.

Similarly, Governor Seriake Dickson of Bayelsa State, said that Amotekun reflected in clear terms, the inevitability of restructuring the country.

He said regional security mechanisms such as Amotekun were necessitated by the politicization and collapse of the centralized national security apparatus in the country.

Governor Dickson said the politicization and over-centralisation of security without an effective funding mechanism and arrangement for professionalism had reduced Nigeria to an un-policed country.

The governor in a statement by his Chief Press Secretary, Mr Fidelis Soriwei, yesterday, said he was a strong advocate of the devolution of policing powers, adding that the issues of control of policing powers are critical components of restructuring.

According to him, Bayelsa under his leadership has the Bayelsa Volunteers, the State Vigilante, the Community Safety Corp, the Water Security, all backed by law.

He said apart from other meetings where he led governors of the South-South and Niger Delta leaders, he has only had two private meetings with the President which had the Chief of Staff in attendance.

The governor said the meetings focused on the operations of the Amnesty Programme, (the Avengers Crisis) and restructuring.

He said the South-South would hold a meeting on regional security at the right time if there is need for such.

“My views on restructuring are in the public domain and I have taken it to the President himself unlike those who are running away from critical issues affecting our people”, he said.

Dickson continued: “In Bayelsa, we have our own similar mechanisms such as the Bayelsa Volunteers. I introduced the Community Safety Corp, backed by law, the State Vigilante Service backed up by law.

“We in Bayelsa have suffered more than most states in terms of the destabilization from the centre, destroying the fabrics of our security architecture where we have had about 20 commissioners of police in a year.

“Security is politicized such that crime and criminality now have partisan colour. People kill and maim and do terrible things without repercussions such that the refrain is that there is no law in Bayelsa.”

WHO Says 7m People Die Every Year From Air Pollution