US President Donald Trump’s impeachment trial began in earnest in the Senate on Tuesday in a rare use of the constitutional mechanism for ousting a president that has further polarized voters ahead of a November election.

Democrats have called on the Republican-controlled Senate to remove Trump from office for pressuring Ukraine to investigate former Vice President Joe Biden, a political rival, and then obstructing the inquiry into the scandal.

Trump, who was impeached last month by the Democratic-led House of Representatives on charges of abusing power and obstructing Congress, says he has done nothing wrong and describes his impeachment as a partisan hoax to derail his 2020 re-election. 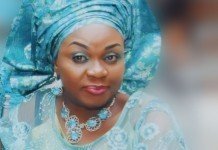