The Bill will be transmitted to the House of Assembly for legislative scrutiny after which it would be passed into law.

In an exhaustive session of deliberations, Council took time to peruse every detail contained in the Bill presented by the Attorney General and Commissioner for Justice, Mr Kola Olawoye, SAN.

It was then prepared ready for transmission to the House of Assembly for passage.

The Draft Bill has 6 Parts and 44 sections.

Recall that Ogun State earlier today had approved the bill 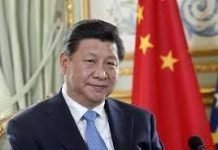 China Announces Plans To Lift 40 Million People Out Of Poverty...

NNPC To Shut Down 3 Refineries For Overhaul –Baru