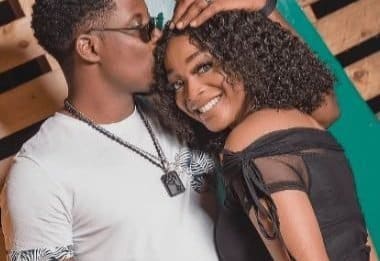 Recall that she was presents the Grand finale of the popular reality TV show to support her fiancé. Rumour had it that Seyi was engaged earlier before the show.

Seyi who is the grandson of late Obafemi Awolowo was the fourth runner-up of the BBNaija Pepper Dem Gang edition.