The Minister of Information and Culture, Alh. Lai Mohammed described Tourism as the fastest-growing sector in Nigeria economy.

Mohammed disclosed this during his working visit to the Corporation’s headquarters in Abuja, on Tuesday.

The minister, who disclosed that Tourism employs more than one million people in Nigeria at present, though with the capacity of employing seven million people, noted that Nigeria made $53 million from film and $51 million from the music industries respectively last year,

Alh. Mohammed while commending the NTDC’s TourNigeria initiative noted that the NTDC is sitting on a keg of unexplored potentialities. He added that the Corporation also can harness the huge potentials of Nigeria to attract people to Nigeria, “because there are many reasons people should come to Nigeria.

“Nigeria is a country of colours, with 250 ethnic groups, good culture and almost all-year-round good weather. We are blessed with a good music industry that has become global. Our fashion is celebrated globally. Nigeria also has good religious tourism, with lots of people coming to Nigeria every day for religious tourism.”

Alhaji Mohammed noted that the film industry is the least untapped with only 51 cinema houses and less than 200 screens for a population of about 200 million people.

He urged the NTDC to strive to attract investments that will raise the number of cinema houses to 1000 and at least 6000 screens in order to turn the film industry into a money-spinner.

“This is where I think the NTDC will need to work even more closely with the ministry so that we can actually actualize the potentials of this industry and make it not just the fastest-growing sector of the economy of Nigeria but also increase its contribution to the GDP from 1.24% to 3 or 3.5%,” he said.

The Information and Culture minister while commenting on the visa-on-arrival policy for African nationals which began operation since the beginning of this year, said with the policy, the tourism industry will be better off, realise its full potentials and generate more revenue into government coffers and increase the fortune of operators in the industry.

While welcoming the minister, the Director-General of NTDC, Folorunsho Coker identified a paucity of funding as one of the critical problems besetting tourism development in Nigeria aside legislative framework to institutionalise the sector.

He promised not to rest on his oars until the ‘Tour Nigeria’ and ‘Nigerian Flavour’ twin programmes he conceived are driving to their full potentials and replicated in all states of the federation.

Tour Nigeria is a tourism brand, created by the NTDC in 2017, under the Coker-led administration, to promote domestic tourism in Nigeria.

Coker revealed that the Corporation is deploying digital platforms and strategies to revolutionise the sector, saying “We are embracing digital transformation tools to gain more mileage and penetration to sell the Nigerian flavours – music, film, fashion and food to the global world.”

JUST IN: Lawyers protest Over Bad Road In Ogun 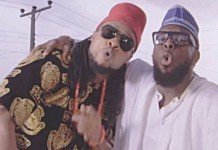