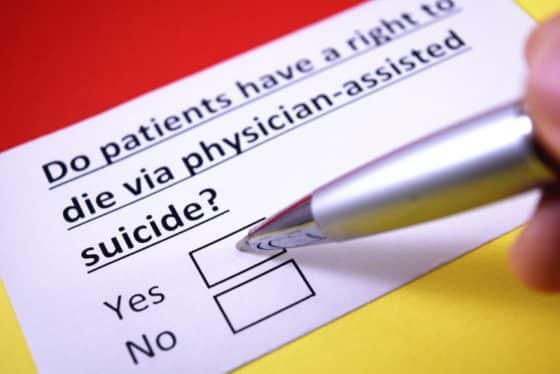 Germany’s highest court on Wednesday ruled that a 2015 law banning professional assisted suicide was unconstitutional, as it robbed terminally ill patients of “the right to a self-determined death”.

The ruling is a major victory for the terminally ill patients, doctors, and assisted suicide organisations who brought the case, complaining that the existing law went too far.

Known as Paragraph 217, the 2015 legislation penalised anyone offering assisted suicide as a professional service, whether they accepted payment or not. It was mainly aimed at barring associations dedicated to supporting patients wanting to end their lives, but also meant medical personnel faced prosecution for prescribing life-terminating drugs.

The legal uncertainty worsened when a 2017 lower court ruled that officials could not refuse lethal medication in extreme cases, creating confusion among doctors.

The verdict on Wednesday from the Karlsruhe-based court was closely watched in a fast-ageing country where Catholic and Protestant Churches still exert a strong influence, but polls show growing public support for physician-assisted suicide.

It is also a particularly sensitive subject in Germany as the Nazis used what they euphemistically called “euthanasia” to exterminate around 200,000 disabled people.

“The right to live does not constitute an obligation to live,” Wolfgang Putz, one of those who brought the case, told judges as they began the hearing last year.

At the heart of the debate was the plaintiffs’ argument that Germany’s constitution guarantees personal freedom and dignity, which they said includes the right to a self-determined death.

For seriously ill patients who have chosen to end their life, the existing legislation made it “almost impossible to carry out that decision in a dignified manner”, said Christoph Knauer, who represented two of the plaintiffs. Under Paragraph 217, professionals falling foul of the law risked a fine and up to three years in prison.

This left German patients turning to family members or loved ones for help, some getting life-terminating medicine from abroad.

On the other side of the debate, the Catholic Church had objected to changing Paragraph 217.

Berlin’s Archbishop Heiner Koch urged the court to “send a strong signal for the protection of lives”.

The German Medical Association had likewise spoken out against legalising physician-assisted suicide. Its former president Frank Ulrich Montgomery warned last year that if doctors were allowed to prescribe a cocktail of life-ending drugs, it could lead to legalising euthanasia — where doctors take an active role in ending a patient’s life, for instance through lethal injection. Judge Vosskuhle acknowledged that the ruling would be a blow to supporters of Paragraph 217 but said the wishes of those wishing to end their lives had to be respected.

“We may regret their decision and try everything we can do change their minds but ultimately we must accept their freedom to choose,” he said.

Euthanasia is officially legal in only three Europe Union countries — the Netherlands, Belgium and Luxembourg — but others allow or tolerate a form of assisted suicide.

In non-EU Switzerland, as well as in the US states of Vermont, Oregon and Washington, assisted suicide is legal. A survey for broadcaster ARD on Tuesday found that 81 per cent of Germans believed doctors should be allowed to help severely ill patients with their wish to die, up from 76 per cent in 2012.

Sixty-seven per cent of respondents said Germany’s Paragraph 217 should be amended.

US: First Day Of Government Shutdown Ends In Standoff