VALEANT Pharmaceuticals International Inc’s (VRX.TO) shares plunged 50 percent on Tuesday after the company said a delay in filing its annual report put it in danger of a default on its $30 billion in debt.

The news from the Canadian drugmaker, which also slashed its 2016 sales and earnings outlook, prompted Bill Ackman, whose Pershing Square Capital Management is one of Valeant’s largest shareholders, to tell investors that he would take a much more active role there. 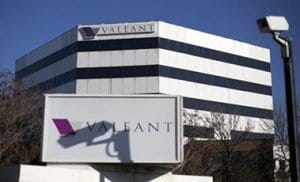 According to Reuters, for years, Valeant was an investor darling, buying up assets and delivering double-digit profit growth. It bought companies and raised prices on their drugs, a strategy that has collapsed under scrutiny of high drug spending.

At the same time, its unusual financial relationship with a pharmacy selling most of its highly profitable dermatology drugs began to fall apart in the fall of 2015, and its shares slid.

During a more than two-hour conference call on Tuesday, Wall Street analysts pressed Chief Executive Officer Michael Pearson for answers. One asked how management can be trusted, given its earlier positive outlooks, and another questioned whether Pearson has the support to lead the company.

“It starts with me,” Pearson said. “We have to meet or exceed this guidance, and I think we all recognize that. It’s a bit of a starting-over point.”

The company, which has incurred a heavy debt load because of a string of acquisitions, is now looking to sell some non-core assets, Pearson said, without being specific.

“Our business is not operating on all cylinders, but we are committed to getting it back on track,” said Pearson, who returned last month from a medical leave of absence.

The company, the target of U.S. investigations into its business and accounting practices, reiterated that it would put off filing its annual report with U.S. regulators but for the first time raised the specter of a default.

RELATED COVERAGE
› Timeline: More trouble for Valeant as possible debt default looms
› Valeant’s stock rout serves up $5.3 billion in hedge fund losses
Valeant said failure to file the report by Tuesday’s deadline would put it in breach of agreements with its lenders and that holders of at least 25 percent of any series of notes may deliver a notice of default.

Valeant also has loans from banks and under those agreements, has until March 30 to file audited financial reports. If it fails to do so, it then has 30 days before the breach becomes a default, and major lenders could demand immediate repayment, Canale said.

Valeant said it planned to ask banks for an extension on the deadline. Pearson said his best estimate for filing the annual report was April.

Tuesday’s news brought out investor Ackman, who last week placed a member of his team on the company’s board.

“We are going to take a much more proactive role at the company (VRX) to protect and maximize the value of our investment,” Ackman said.

He said that while it was “highly likely” that Valeant will obtain the waiver, “uncertainty about the potential for a default creates enormous investor fear.”

Until Tuesday, Evercore ISI analyst Umer Raffat had maintained that Valeant’s main problem was poor communication. However, Raffat said that now he is trying to figure out whether the company’s business problems will extend through 2016.

As of Sept. 30, Valeant had about $30 billion of long-term debt. The company said it would repay at least $1.7 billion this year, down from an earlier forecast of $2.25 billion.

However, Pearson said he was “comfortable” with the company’s liquidity and expected Valeant to meet its obligations.

The company said last month it would delay filing its annual report while a board committee looked into its accounting practices. It also said it would restate 2014 and 2015 financial statements. 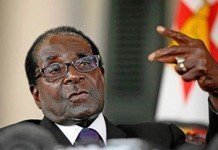 Mugabe Moves To Punish ‘Rats’ Who Attack Him With Cybersppace