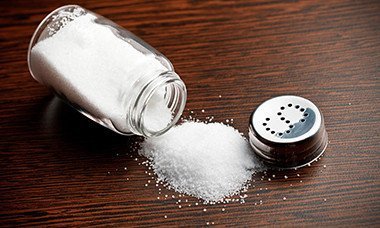 IT has long been held that a diet high in salt is dangerous to the heart, raising the risk of heart attack and stroke.

But, in a dramatic U-turn, the scientific evidence has suggested the opposite can also be true.

A global study has found that, contrary to past belief, low-salt diets may not be beneficial.

Rather, they can increase the risk of cardiovascular disease and death, compared with average salt consumption.

The study, published in the reputable Lancet journal, has garnered strong reaction, with one expert declaring his ‘disbelief’, while others are critical of the study’s methods, and calling its findings into question.

The research was carried out by investigators at McMaster University and Hamilton Health Sciences.

They analyzed more than 130,000 people across 49 countries, focusing on whether the relationship between sodium (salt) intake and death, heart disease and stroke differs in people with high blood pressure compared to those with normal blood pressure.

Their findings showed that regardless of whether people have high blood pressure, low-salt intake is linked to a greater incidence of heart attacks, stroke, and deaths compared to average intake.

He said: ‘While our data highlights the importance of reducing high salt intake in people with hypertension (high blood pressure), it does not support reducing salt intake to low levels.\

‘Our findings are important because they show that lowering sodium is best targeted at those with hypertension who also consume high sodium diets.’

The NHS advises adults in the UK eat no more than 6g of salt each day – around one teaspoon.

In the US, the Centers for Disease Control and Prevention (CDC) recommends Americans consume less than 2,300 miligrams a day. That comes in the face of evidence, suggesting the average American consumes 3,400mg each day.

Meanwhile, in Canada, typical sodium intake is between 3.5 and 4g per day.

However, some guidelines have suggested that the entire population lower their salt intake to below 2.3g a day – a level that fewer than five per cent of Canadians and people around the world consume.

In the past, some research has shown that low-salt diets, compared to average intake, is linked to increased cardiovascular risk and mortality, even though low sodium intake is linked to lower blood pressure.

This new study shows that the risks linked with low-salt intake – classified as less than three grams a day – are consistent regardless of a patient’s blood pressure. 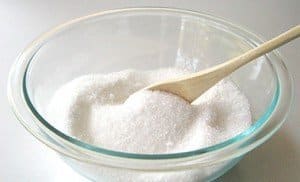 Further, the findings show that while there is a limit below which sodium intake may be unsafe, the harm associated with high sodium consumption appears to be confined to only those with hypertension.

Only about 10 per cent of the population in the global study had both hypertension and high sodium consumption – defined as greater than six grams per day.

Dr Mente said that this suggests that the majority of individuals in Canada and most countries are consuming the right amount of salt.

He added that targeted salt reduction in those who are most susceptible because of hypertension and high salt consumption may be preferable to a population-wide approach to reducing sodium intake in most countries except those where the average sodium intake is very high, such as parts of central Asia or China.

ALSO READ:  Want To Get Rid Of Back Pain? Ditch Your Flat Shoes And Switch Your Pillows

He added that what is now generally recommended as a healthy daily ceiling for sodium consumption appears to be set too low, regardless of a person’s blood pressure level.

‘The key question is not whether blood pressure is lower with very low salt intake, instead it is whether it improves health.’

Dr Martin O’Donnell, a co-author on the study and an associate clinical professor at McMaster University and National University of Ireland Galway, said: ‘This study adds to our understanding of the relationship between salt intake and health, and questions the appropriateness of current guidelines that recommend low sodium intake in the entire population.’

‘An approach that recommends salt in moderation, particularly focused on those with hypertension, appears more in-line with current evidence.’

Blasting the results, Professor Francesco Cappuccio, head of the World Health Organization Collaborating Centre for Nutrition, and of the Unviersity of Warwick, condemned the study as ‘bad science’.

He critizied the metholody used, in particular the fact researchers assessed salt intake by using early morning urine tests, and extrapolated the results over 24 hours using an ‘inadequate equation’.

He said: ‘It is with disbelief that we should read such bad science published in The Lancet.

‘The evidence supporting global actions for a moderate reduction in salt consumption to prevent cardiovascular disease is strong and such studies should not overturn the concerted public health action to reduce salt intake globally.’

ALSO READ:  How To Use The Measure App In iOS 12

His scathing assessment was augmented by other experts’ criticism of the researchers’ methods.

‘This current study, because of the weakness of the design, does not in any way overturn public health messages to reduce salt intake, both in the UK and worldwide.’

The study was funded from more than 50 sources, including the PHRI, the Heart and Stroke Foundation of Canada and the Canadian Institutes of Health Research.