THE running mate to late Abubakar Audu in the Kogi State governorship election, John Faleke, said Governor Yahaya Bello has purchased a number of expensive vehicles in spite of the economic situation of the state.

Faleke, who is challenging Bello in court, claimed that the governor splashed over a billion naira on purchase of “luxury cars and trucks” for political appointees and top government officials.

Faleke in a statement issued on his behalf by Duro Meseko, spokesman of the the Audu/Faleke political organisation, said “We find it hard to believe that despite repeated admonitions by well-meaning groups and individuals, the Yahaya Bello administration still went ahead on an unimaginable flight of fancy by purchasing expensive vehicles for use by some aides of the governor and the governor himself.

“Credible information reaching us indicate that Ford SUVs(jeeps) worth N18 Million per one and Ford Ranger Truck(pickup van) worth N6 Million per one were purchased for the 21 local government caretaker Chairmen in the State totalling N504 million.

“This is aside the 70 Ford Ranger Trucks purportedly purchased for the Police totalling N420 million. And of course different from the N135 million Bullet proof Range Rover ordered for the governor and being shipped home presently.

He said not even President Muhammadu Buhari had spent such a huge amount on vehicles, wondering what happened to cars the previous administration handed over to the current government.

“We are really sad with the way our commonwealth in Kogi is being managed under the leadership of Yahaha Bello. Even the President of the country, Muhammadu Buhari has not changed his official car since he assumed office,” he said.

“As we speak, the socio-economic plight of Kogi people is frightening, with unpaid salaries up to the roof while basic amenities have become a mirage. Should the government not have been more prudent in the allocation of the state, scarce resources instead of recklessly wasting it?

“The time has come for all men of conscience and goodwill to call Alhaji Yahaya Bello to order. Need we remind him that Kogi state is bleeding and chocking right now? We certainly cannot go on like this,” he added. 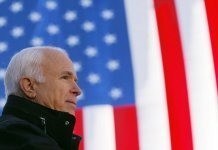 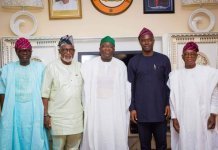