The group also lashed out at Jibrin, saying his actions since his sack has become an embarrassment to the country in the comity of nations.

In an electronic message to journalists, the UK Representative of the group, Adeka Onyila, said “it is sad that at a time when parliaments of other nations are exploring ways to protect their economies from the global slow down, our lawmakers are robbing the populace in the name of working on the budget.”

Onyila, who accused Jibrin of attacking the leadership of the House as a form of defence warned that such antics have failed as Nigerians are now wiser.

He said: “Instead of showing remorse as one would expect in 2016 Nigeria he went on denial – first he claimed he resigned and not sacked only for him to turn around and start making spurious accusations against others.

“We hereby call on members of the distinguished House of Representatives to stop giving Nigeria a bad name abroad. We say this because we have observed with alarm that some of them are lining up behind Jibrin to back him against the house leadership when he should be censured. Such ridiculous support could only be driven by a desire to make political gains out of the lies cooked up by Jibrin to save his hide.”

“We rather demand that the Speaker of the House, Honorable Yakubu Dogara should be commended for triggering the anti-corruption fight in the National Assembly and having the political will to challenge the status quo by relieving the former Appropriation Chairman of his post. Hon. Dogara deserves an award for sacking Jibrin since it is now clear that the action he took against his colleague saved the parliament and the ailing Nigerian economy from total collapse that would have been caused by global reaction to a country that would appear not to be interested in tackling graft.

The Nigeria in Diaspora Monitoring Group urged the people of Kiru/Bebeji Federal constituency of Kano State to immediately commence the recall of Jibrin in the spirit of joining the fight against corruption.

He said without looking closely, they can easily see that instead of representing them in line with the mandate they gave him he has built for himself a life of living above his means.

He said, “All his gimmick of claiming he resigned as opposed to being sacked, his inglorious petitions to anti-corruption agencies and the barrage of media propaganda are merely his own idea of acting fast to gain the sympathy of constituents and to avoid possible arrest with the consequent prosecution.

The group wondered why Jibrin will be the one petitioning the anti corruption agencies. He said Jibrin must withdraw his so called petitions to the EFCC and the DSS so that neutral NGOs or lawmakers without vested interests should be the one to initiate the demand for investigation. 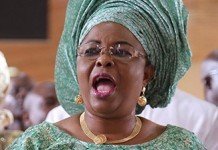 CCT Acquittal: I Am Vindicated —Saraki