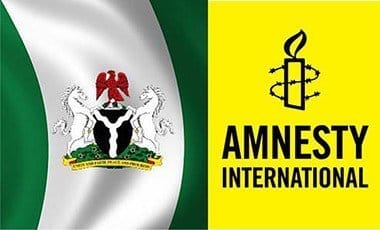 THE London-based Amnesty International has a passion for stirring calm waters, especially in Nigeria. It seems, the organization delights more in propagating contrived negations than rejoicing with humanity’s enviable accomplishments.

By the frequency with which Amnesty International choruses human rights violations in Nigeria, one is tempted to believe there are no other countries in the world, where citizens have human rights that are traduced. In the past, this organization has passed very damnable verdicts about alleged human rights violations in different parts of the country. Unfortunately, in many instances, Nigerians hardly believe such reports, as they are perceived more as rubble rousers.

While Amnesty International is free to practice its trade of investigating human rights abuses elsewhere, Nigerians are sickened by the routine assault on their collective psyche and sovereignty in the guise of human rights. Nigeria itself is not unmindful of the protection of rights of her citizens, as expressed in the establishment of the National Human Rights Commission.

It’s recent reports on the operations of the military in Nigeria has been most repulsive. For instance, Amnesty International claimed after an investigation on the clash between members of the Islamic Movement of Nigeria (IMN) and soldiers in Zaria, that the military executed mass murder of the protesting sect members.

Contrastively though, Amnesty International surprisingly dismissed claims that Islamic Movement of Nigeria members attempted to kill the Chief of Army Staff (COAS) Gen. Tukur Buratai whose convoy was assailed on a public road by people the organization itself classified as protesters. It belies truth for anyone to think protesters are not inclined to violence, yet confront the number one soldier in the country and obstinately turn down pleas to unlock the pathway.

Furthermore, Nigeria has been under the spell of terrorist’s groups, some with connections to ISIS. In the last four years, there has been sustained campaigns to dislodge the Islamic insurgents otherwise branded as Boko Haram, who predominantly operate in some states of the Northeast. They have murdered thousands in cold blood, including military officers and annexed Nigeria’s sovereign territories.

But in the last one year, the combative efforts of the Nigerian military has significantly waned the capacity of the insurgents to visit mayhem on innocent people. But while Nigerians are still celebrating this respite from terrorists, Amnesty International again released a report alleging human rights violations in military camps. What the report is meant to elicit is yet to be discerned.

It generously accused the military of torture and violation of human rights of women, children and other detainees, some of whom they claimed died in military detention camps. It also implicated the local vigilante group, also called the Civilian Joint Task Force, another portent force in the war on terror for same crimes.

Quite shockingly, Amnesty International stressed that its conclusions was based on with 400 persons who were victims, eyewitnesses and members of the armed forces, with pictorial evidence and videos of the tortured or those interviewed? Besides, why does Amnesty International believes hook and sinker stories relayed to them? Is there no possibility that the interviewees responded on sentiments? We have heard of Boko Haram secret agents in the communities and even the military. So, this scrap sounds like a fable.

But Amnesty International gave a confident verdict thus; “These acts, committed in the context of a non-international armed conflict, constitute war crimes.”

But in the dreaded Northeast region where the fear of Boko Haram lingered and haunted minutely, it is amazing how Amnesty International investigators accessed 400 people who witnessed the war crimes to attest in an interview.

Betraying their concealed motive and deliberate attempts to belittle the performance of the military, Amnesty International claimed the insurgency war had no international dimension to warrant the perpetration of war crimes. But records indicate that Boko Haram in Nigeria stretched to neighbouring countries like Niger, Cameroun and Chad Republic. In the estimation of Amnesty International these countries are part of Nigeria. Even the establishment of the Multi-national Joint Task Force could not force this reality on their assessment or purge their polluted minds of the predetermined verdict.

However, in its 2015/2016 annual report on Nigeria published on its website, Amnesty International unconsciously conceded minimal war crimes against Nigerian security forces.

It stated that “In the November report on preliminary examinations, the Office of the Prosecutor of the ICC identified eight potential cases involving the commission of crimes against humanity and war crimes by Boko Haram (in six cases) and the security forces (two cases).”

Nonetheless, Nigerians were quite displeased with the verdict of Amnesty International, which they adjudged as shots to dampen the spirit of the military against its campaign to completely rout the insurgents and other criminals.

The condemnation of Amnesty International was publicized by a Coalition of Civil Society Groups (COCSG), led by its President, Mr. Etuk Williams. The civil society groups described the report “as lopsided and lacking in basic facts.”

“The war that the world left us alone to fight is almost won to the dismay of many who want to discredit the efforts of the military in order to shift the attention of the world from a once impossible task that has now been made possible through the heroics of men and women who should be celebrated,” he said.

Even the report which conceded minimal wrongs on the part of security forces on war crimes was an independent investigation anchored by the office of the Prosecutor, ICC. But the fact that Amnesty International published it on their official website implies that they believed in its contents, which they were unwilling to admit in their own report.

From all indications, it appears that Amnesty International is fast losing its steam and popularity in Nigeria. They are beginning to perceive their activities in Nigeria more in the light of the desperation to portray the country and her security forces in negative light, for reasons not far from smear campaign to tarnish the country’s reputation in the comity of nations. Amnesty International does not operate in all countries of the world; therefore, they should spare Nigeria and her people the trauma of watery reports of their version of human rights abuses.

Abiodun , a University lecturer contributed this piece from Ibadan

Fulani Herdsmen: Fayose Challenges Ekiti People To Be On Alert 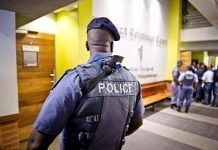