OVER 300 people are stranded at the Nigeria-Cameroon border at Mfum, following the closure of the border at the entry point of Cameroon by the Cameroonian authorities.

The closure of the border by the Cameroonian authorities may not be unconnected with the political struggle in the country, where the English speaking people of Southern Cameroon are calling for a separate country as a result of marginalisation by the Francophone speaking north.

The people of South Cameroon had threatened to declare a sovereign state on October 1, a situation that may have prompted the authorities of Cameroon to restrict the movement of people to and from the country.

A team of journalists on a fact finding visit to Mfum border observed that several people including traders, students and other passengers who wanted to cross the border on both sides were stranded.

Some of those who spoke on the situation described the development as inhuman and very frustrating.

A student of higher institute of Business Management and Technology, Boyah, Alele Precious Ezinne, who said she was returning to Cameroon from Nigeria decried the hardship posed by the border closure.

She said they had spent over a week waiting for the border to be re-opened and complained that most of them did not understand the reason for the closure.

Some of them said they were facing challenges of feeding and paying their hotel bills as they have spent all they had on them.

They called on the authorities concerned to take steps to re-open the border so that they can reconnect with their families and carry out their legitimate businesses.

A house wife, Caroline Lerin, with her two children said she was travelling from Nigeria through Cameroon to Gabon to join her husband after spending the holiday with her children in Nigeria.

She said she had gone through difficulties with her children and called for urgent steps to re-open the border.

Some of the traders said they may incur great loses as their goods may go bad, adding that they were not sure when the border will be re-open.

The priest in charge of Saint Peter’s Catholic Church, Ikom, Very Reverend Father James Mgbado, who has been harbouring some of those stranded said most of them who came into Nigeria could no longer cross over due to the closure of the border.

He said the church also played host to some stranded Congolese who crossed from Cameroon to Nigeria as a result of the crisis in Cameroon, adding that about seven persons were still under his care, out of over thirty people that were there.

Father James Mgbado said the church also haboured some tourists from Argentina who were on transit to Cameroon and that the church continues to play its role, giving people hope in spite of the challenges.

The priest said the church is the house of God and a place of refuge for humanity, adding that the church remains a place of succour for those in need.

Real Madrid To Unveil Lopetegui As New Coach At 1700 GMT 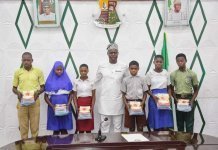 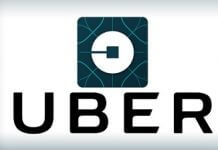