ACTING Chairman of the Economic and Financial Crimes Commission (EFCC), Ibrahim Magu, on Monday said he was not nursing any ambition to become the governor of Borno State.

Magu also said that he is not a politician and should not be classified as one, as he was contented with the assignment given to him by the federal government to discharge for the country.

The chairman was reacting to a news item by an online medium entitled: “Exclusive: Buhari Holds Secret Talks With Sheriff To Push For EFCC Magu’s Guber Ambition”.

ALSO READ: Mogherini To US: ‘No Alternative’ To Iran Deal

It purports that Mr. Magu was keen on pursuing the ambition, to seek “protection from arrest following a series of exposé that would lead to his conviction”.

Magu, who responded to the publication through the Spokesman for the EFCC, Wilson Uwujaren, said that the report was concocted and barefaced lies lifted from the pit of hell.

“The report is false, malicious and an affront on Mr. Magu’s professional integrity. The EFCC chair, who was recently named chairman of heads of anti -corruption agencies in Commonwealth Africa, has been exemplary in the discharge of his duties as anti-graft czar and does not need protection from forces which exist only in the fecund imagination of the publisher of the online news portal.

“Moreover, the disingenuous attempt to dress Magu in the garb of a politician is the height of mischief in fiction writing. Mr. Magu is not a politician‎, and is not nursing any governorship ambition.

“The EFCC chair who said he has taken notice of the consist campaign of calumny against his person by the online platform, disclosed that he has briefed his lawyers to initiate legal action against the news medium, and all others who published the libellous report,” Wilson said.

Dasuki Shocks Nigerians, Says ‘I Have No Feud With Buhari’

Verizon To Announce $5bn Deal To Buy Yahoo On Monday 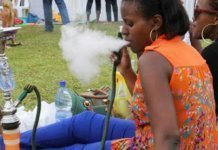