THE Peoples Democratic Party (PDP) yesterday dismissed President Muhammadu Buhari’s remark about the opposition having too much money going into the 2019 elections.

The party said rather than worry about the opposition, President Buhari should reckon with his failure to deliver on promises made to Nigerians during the electioneering campaign for the 2015 polls. National Publicity Secretary of the Party.

Vanguard reports Kola Ologbondiyan as saying that “the real fear the first citizen should worry about is the betrayal of trust of Nigerians.

“He should be worried about the failure of his government, not about money in the hands of the opposition. In 2015, Nigerians trusted Muhammadu Buhari and voted him to become President and Commander-in-Chief of the Armed Forces. One clear year to the 2019 general elections, the same people have rejected him for failing to do anything meaningful to impact on their lives So, what should be his fear is the rejection by Nigerians who have made up their minds to throw him out in 2019.”

Also speaking, former Minister of Special Duties and 2019 Presidential aspirant on the platform of the PDP, Kabiru Tanimu Turaki, said: “Buhari’s fear is a misplaced one. At any time, no individual or political party can boast of the enormous resources in the hands of the government. Recently, the Federal government unilaterally approved the withdrawal of $1billion from the Excess Crude Account (ECA) without legislative approval and concerns were raised that the money could be used to prosecute the 2019 elections. The government he controls has more money than any imagined opposition and so, he should tell us something different.” 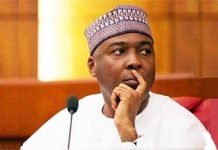 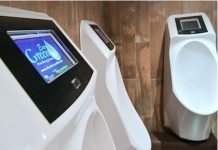