THE leadership of the Peoples Democratic Party (PDP) insisted that the Independent National Electoral Commission (INEC) altered votes cast in the last Saturday governorship election in Ekiti State in favour of the All Progressives Congress (APC) candidate, Dr. Kayode Fayemi.

The party stated this Wednesday after its National Working Committee (NWC) reviewed the reports of the conducts of the election on Tuesday night in Abuja.

In a statement made available to journalists, and signed by its spokesman, Kola Ologbondiyan, the party accused the electoral umpire of swapping the original results obtained at the polling units for those it announced to the public.

“After a thorough examination of all hard facts, the NWC reconfirms that INEC doctored the result of the election to favour the APC.

“The NWC notes that apart from huge discrepancies between the actual votes cast at the polling centres and the results released by INEC, there are evidence that INEC pulled down the original result from its data base to accommodate the alterations.

“The NWC also has evidence indicating that the original result was in favour of the PDP candidate, Professor Kolapo Olusola-Eleka before the figures were altered.

“The NWC after very exhaustive examination of all facts reconfirms that the PDP candidate, Professor Kolapo Olusola Eleka, clearly won the July 14, 2018 governorship election,” the statement read in part.

The party charged the umpire to “correct the results” and tender an unreserved apology to the people of Ekiti state in the interest of democracy.

Since the declaration of Dr. Fayemi as winner of the governorship poll, the PDP has continuously insisted it was shortchanged by the combined efforts of security operatives and INEC.

The party is however yet to disclose if it would be heading to the election tribunal to seek redress. 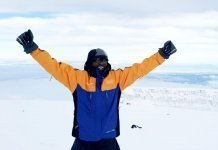 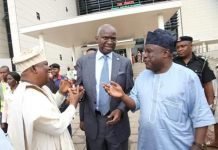 Clinton Calls For US ‘Intelligence Surge’ In Wake Of Orlando Attack