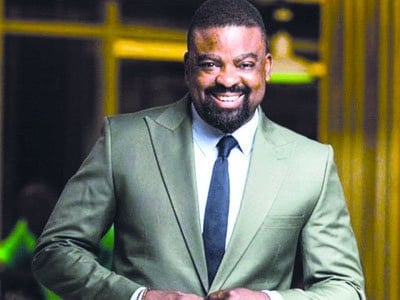 Kunle Afolayan, has announced that Canon Central and North Africa is coming on board his movie project for the second time in a row, adding that CITATION will be shot with the new Canon EOS C500 MarK II camera – the first time the camera will be used in Africa.

Exploring a subject of social decadence in the educational sector, the new movie is a college drama about a female postgraduate student who has to find a way of dealing with the awkward situation of sexual harassment from a lecturer.

Addressing the media on Thursday at a press conference to unveil the journey of yet another creative endeavour in his near two-decade career, Afolayan said his company is set – after pre-production which started in October 2018 – for five weeks of shoot, beginning January 10, 2020 through February 15, 2020 in three countries.

According to the award-winning filmmaker, his company is partnering Ford Foundation on the project which has been designed to propel women to aspire to become successful leaders by providing counter examples to negative gender stereotypes.

Olufolake Ajike Abdulrahman Abdulrazaq, First Lady of Kwara State; and Ministry of Culture and Creative Industries in Cape Verde, as main sponsors of the country’s locations of the shoot, following a meeting with Minister Abrãao Vicente and other officials during the recce in October last year.

Speaking further on the theme of the movie, the filmmaker said, “CITATION will create awareness on the different forms of violence against women and girls in the public and private sphere.

It will educate the society on women’s rights and the ways to enforce these rights for the achievement of equality and tranquillity. The movie will encourage and embolden women to stand up against mistreatment and abuse by a patriarchal society.

It has also been designed to propel women to aspire to become successful leaders and thereby provide counter examples to negative gender stereotypes.”

Boasting an ensemble of A-list actors of diverse nationalities, as is the character of the film company, one can also underscore CITATION as another launching pad for new actors and resurgence for underrated talents by Golden Effects Pictures.

Afolayan said he will be surprising fans, as a top personality will soon be unveiled as part of the cast.

ALSO READ:  Ekiti To Turn Site Of First Plan Crash In Africa Into A Tourist's Haven

Incensed at being ill-treated by a trendy university don, Lucien N’Dyare, she drags him before the University Senate. The ensuing intrigues define Moremi’s world against that of the respected academic, in a male-dominated bastion. 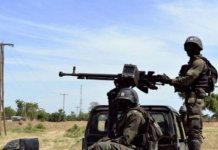 US Presses China To Reduce Barriers For Foreign Business