Twitter plans to fight internet trolls by testing a new feature that allows users to control who can reply to their posts, the company said Wednesday.

The social media service will test out a temporary “reply limiting” tool that lets people choose who can join their conversation everyone, only followers, only people mentioned in the tweet or nobody at all before they click send, Twitter said in a statement.

The feature will roll out sometime this year and be treated as a temporary experiment, reps for the firm said.

“As part of our work to help people feel safe participating in the conversation on Twitter, we want to give them more control over the conversations they start, for example, who can reply to their Tweets. We will be experimenting with this in early 2020,” the statement said.

The feature is part of an effort to boost “conversational health” and to reduce targeted harassment and toxic comments, Mashable reported.

Twitter will first launch the feature to a small group of users within the next two months, then decide whether it wants to expand it to a larger audience, according to Suzanne Xie, Twitter’s director of product for conversations.

In July, the company introduced a feature to hide replies, but it requires users to manually click each one, which can be time-consuming. 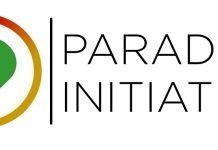 How To Use The Measure App In iOS 12