The Chief Executive Officer(CEO), Crime Alert Security Network, Ambassador Olugbemiga Amos Olaniyan has revealed that the organisation was established to support the law enforcement agents to curtail the menace of insecurity in Oyo State and Nigeria at large.

Ambassador Olaniyan disclosed this while speaking at the 13th Anniversary of the organization held on Thursday in Ibadan, the Oyo State capital.

The Head of Marketing and Publicity of the organization, Fagbure Kunle, who spoke on behalf of the CEO emphasised the need for individuals and organisations to complement the efforts of law enforcement agents to, especially the Police, to protect the lives and property of the people.

Kunle, who commended efforts of the Nigeria Police Force, among other security agencies in the country, to ensure adequate security of lives and property of Nigerians in Oyo State and Nigeria at large, said Crime Alert’s existence is to complement their efforts with supports of Local Security Operatives known as Paramilitary Troops.

He, however, revealed that the 13th Anniversary of the organisation was celebrated in a low key among the members of staff of the organisation due to the ravaging Coronavirus, and in compliance with governments protocol to halt the spread of the pandemic.

On the achievements of the organisation, the Head of Marketing and Publicity said that the prime motive of combining both local security operatives with police officers in curbing the menace of insecurity in the state and parts of Nigeria has been yielding fruitful results.

He added that God and concerted efforts of the concerned people had, no doubt, been instrumental to the attainment of the feats.

Meanwhile, Kunle revealed that the outbreak and continued spread of COVID-19 Pandemic, which has continued to affect the business and other things remain the current challenges of the organisation.

He added that people kept on giving them fake alerts with thoughts that the armed robberies are carrying out the nefarious activities and operation at the points of alert. He said having deployed the security operatives to combat the assailants, the security men would only discover that it was a fake alert to disturb the organisation.

Kunle then assured all the investors that the organisation is on top of the situation, stressing that the delay in payment of their dividends being caused by COVID-19 will soon become a thing of the past.

He enjoined the investors to be patient with the organisation as everything relating to the payment of their dividends would be sorted out in the shortest possible time.

He equally admonished them and others to visit the organisation’s various platforms and listen to electronic media so as to have access to notable pieces of information revealing its true picture and stance on issues. 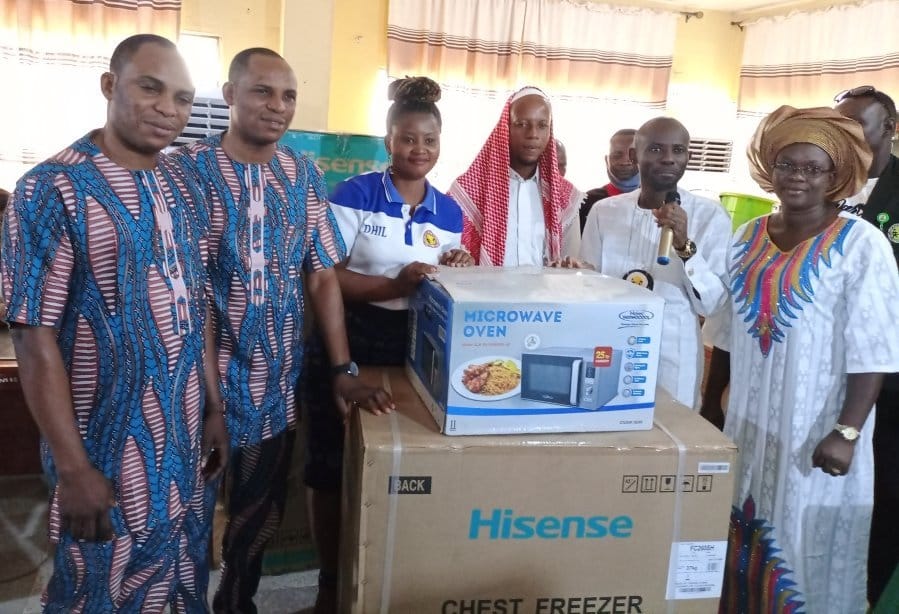 Kunle said that Crime Alert Security Network still remained a reputable and trusted organisation which prides in its high integrity.

The management of the organisation then rewarded the steadfastness, loyalty and unflinching supports of the members of staff. Some of them are: Olosunde Tosin, Akinwale Jumoke, Adepoju Justina, Apata Oluseun, Adeosun Adedotun, Shina Adetunji and Fagbure Kunle have been giving to the organisation from the day of establishment till date. The CEO rewarded them with deep freezer, big generator, microwave oven, fridge, washing machine and some other house materials, among others.

Kaduna Files Fresh Charges Against El-Zakzaky, Less Than 24hrs After His Release