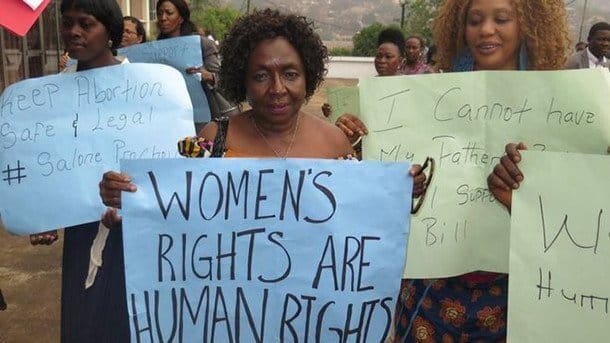 SIERRA Leone’s President Ernest Bai Koroma has again refused to sign a bill legalising abortion, saying it should be put to a referendum.

It was unanimously passed by MPs in December, but Mr Koroma refused to sign it after protests by religious leaders.
After consultations, MPs returned the bill to him last month, unaltered.

The law would allow women to terminate a pregnancy in any circumstances up to 12 weeks and in cases of incest, rape and foetal impairment up to 24 weeks.

Abortion is currently illegal in Sierra Leone under any circumstances.

Human rights groups, including Human Rights Watch, Amnesty International, and five Sierra Leonean organisations, wrote to President Koroma in February urging him to give the bill his assent.

“Unsafe abortions – often resulting from restrictive laws and poor access to sexual and reproductive health services, information, and education – is one of the main factors contributing to maternal deaths in Sierra Leone,” their letter said.

The BBC’s Umaru Fofana in the capital, Freetown, reported that the abortion issue has led to heated debates and protests on both sides.

President Koroma has now referred the controversial legislation to the Constitutional Review Committee, which is currently reviewing the constitution.

COVID-19: All 50 US States Partially Reopen After Over 92,000 Death, Two-Month Shutdown