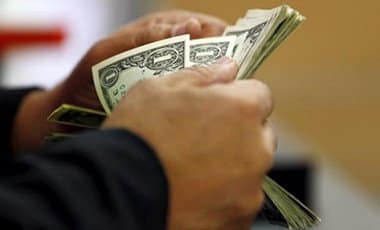 CENTRAL bankers usually worry about when to remove the punch bowl of cheap finance but when they gather in Washington, D.C. this week they will face a different problem: how to force the world to drink.

Amid a flood of cheap money and a historic experiment with negative interest rates, households, corporations and banks in the developed world have turned their backs on borrowing. Credit growth has flat-lined and an array of metrics indicate the world has become a more cautious place, potentially upending whatever bang for the buck central banks might expect.

In the U.S. households are paying down mortgages instead of borrowing against homes to fund consumption, altering behavior that arguably helped fuel the 2007 financial crisis but that also contributed to economic growth. A Chicago Federal Reserve Bank composite index of household, bank and corporate leverage has been below average for nearly four years.

European and U.S. companies are socking away cash and the Bank of Japan’s descent into negative rates has yet to boost consumption, corporate investment, or even faith in an economic rebound.

Even as global liquidity expands, the appetite for it remains moribund.

“You can’t create demand from thin air. What’s needed is to create an environment in which companies and households feel confident to spend,” said a senior Japanese policymaker directly involved in Group of 20 negotiations that will continue in Washington this week.