Sani, according to the EFCC was arrested for for allegedly extorting $10,000 from a businessman, Sani Dauda, owner of ASD Motors who has a case pending with the anti-graft agency.

“The EFCC operators are quizzing him over the allegations of scamming some people and allegedly dropping the name of the EFCC boss before suspects who have cases with the commission,” media and publicity adviser to EFCC boss Tony Amokeodo said in a statement.

“The senator was said to have told the complainant that he would resolve his case with the EFCC.”

Amokeodo said Sani collected the money on the grounds that he is very close to the EFCC boss, Ibrahim Magu.

He added that the senator is currently being quizzed by the commission over the allegation of name dropping and using Magu’s name to allegedly scam suspects who have cases with the commission.

Amokeodo stated that the complainant said Senator Sani told him that he is close to the EFCC boss and allegedly demanded $20,000 to pass to Magu in order to resolve the issue.

The car dealer, according to the EFCC spokesman said he could only provide $10,000 and thereafter proceeded to write a cheque covering the amount.

“The cheque was allegedly presented to Bureau De Change operator who reportedly gave $10,000 equivalent to the senator – to settle the matter with the EFCC,” Amokeodo said.

#iStandWithNigeria: I Won’t Back Down Because… —Seyi Law 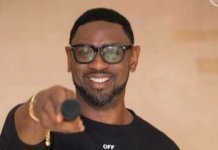 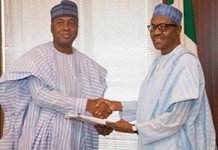