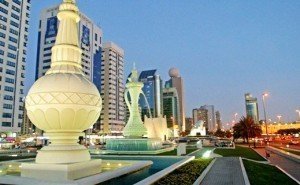 In terms of percentage growth, North America recorded the highest growth in passenger traffic (19.9 per cent) – led by Emirates with the addition of an Orlando route and increased services to Boston, New York and Seattle.

UNWTO, ONCE Foundation, ENAT Partner For ‘Tourism For All’

This was followed by the GCC (11.6 per cent), where Saudi Arabia registered double-digit growth thanks to the surge in traffic from Jeddah, and the Indian subcontinent (8.7 per cent) mainly propelled by traffic on routes to traditionally strong markets of India and Pakistan.

“The record passenger numbers in January confirm that the growth trend from last year has continued into 2016 and we are on course to meet our projection of 85 million passengers that we expect to pass through our airport this year,” said Dubai Airports chief executive Paul Griffiths.

“Concourse D’s opening in February has increased DXB’s capacity to 90 million passengers a year, allowing us to continue to accommodate the rising number of people whilst boosting service levels.

“In the months ahead we will begin the complete refurbishment of Concourse C which will further improve passenger flows and the overall customer experience,” he added.

Air Peace on Monday sacked over 70 pilots cutting across its fleet types as the negative impact of COVID-19 pandemic...

UNWTO, ONCE Foundation, ENAT Partner For ‘Tourism For All’