THERE was heavy security beef up on Tuesday at the popular Uncle Eagle Hall Event Centre in Ado-Ekiti as the Ekiti Peoples Democratic Party (PDP) governorship primary got underway with the accreditation process.

A correspondent at the venue reports that armed combined teams of policemen as well as Department of State Services and Nigerian Security and Civil Defence Corps personnel have taken over the expansive event centre located on the Ado-Ikere road where the exercise is ongoing.

The Publicity Secretary of the PDP in the state, Jackson Adebayo, had said the tight security was to prevent breakdown of law and order.

The APC primary held on Saturday in the Ekiti capital was marred by violence, leading to the suspension of the exercise.

Accreditation for the 2,092 delegates cutting across 177 wards, who are eligible to participate in Tuesday’s PDP primary, began at about 11:30 am after it was delayed by a downpour with Gov. Ifeanyi Okowa of Delta leading the congress committee. 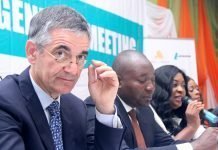 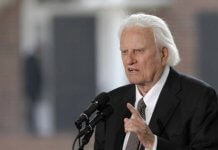 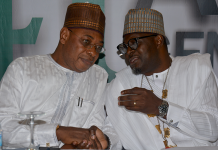 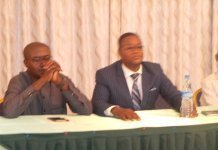 2019: Ekwueme Urges PDP To Resuscitate Internal Democracy In The Party