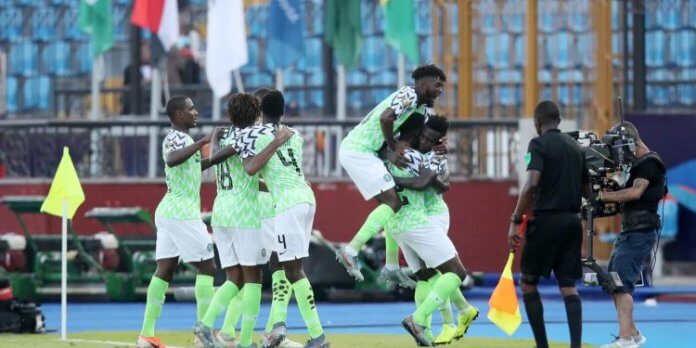 Group B leaders, South Africa say they are ready to do to the Olympics Eagles exactly the same treatment they handed to Cote d’Ivoire when both sides meet tomorrow, according to Cape Town midfielder, Teboho Mokoena, reports sport24.co.za.

The Amagluglug defeated the Ivoirians courtesy of a fine free-kick from Mokoena, leaving them in confident mode ahead of their final U-23 AFCON Group B clash against coach Imama Amapakabo’s side at the Al Salam in Cairo, Egypt today.

The Olympics Eagles will have their work cut out against a South Africa, who are the only side yet to concede a goal at this tournament and are top of the group with four points.

Second-placed Nigeria needs a win against David Notoane’s side to guarantee their passage to the semifinal but 22-year old Mokoena can only see Amagluglug building on their decent performances in the previous two games. We played really well against Cote d’Ivoire in our previous match and Nigeria is another side that we will need to manage as well,” Mokoena said.

“We have been solid at the back in our previous two group games while pressing forward to create scoring chances of our own. The same approach will be applied in this tie, as we also want to win this game as well. Nigeria would have to pay attention to Mokoena’s free-kick abilities with South Africa’s winning strike against Cote d’Ivoire coming off the midfielder’s shooting boots.

Nigeria’s Olympics Eagles are second in Group with three points and need to beat South Africa to stand a chance of making it to the next phase of the tournament.

That is exactly what Nigerian captain, Azubuike Okechukwu believes his team will do today. Azubuike has tagged today’s encounter against South Africa as “a must-win game,” reports goal.com.

“It is a must-win for us, we know the importance of the game and we’ve been working hard in training,” Azubuike said in their press conference in Egypt.

“Hopefully, tomorrow we are going to come out in our best and then make sure we win the game.

Azubuike joined the Olympic Eagles late on Monday after Istanbul Basaksehir held him back for their games in the Turkish Super Lig. After missing the team’s 1-0 loss to Cote d’Ivoire, the 22-year-old played a crucial role in helping Nigeria secure a 3-1 comeback win over the Chipolopolo.

Azubuike doesn’t think his presence in Egypt spurred the country to their first win but attributed the result to the team’s effort.

“I wouldn’t say my presence did a lot because we have good players even without me, we can do something,” he added.“I have been in this position before so I had to speak to the boys and we came out to play our best because the country expects that from us.

“Going forward, I think with or without me, everybody is important and we can win every game if we want to win and we work very hard.”