One of the world’s biggest-ever peacetime explosions tore through the port in Beirut last night, killing at least 100 people, injuring thousands more and laying waste to a large part of the Lebanese capital.

More than 2,750 tons of highly explosive ammonium nitrate, the main ingredient in fertilizer bombs, detonated when a fire apparently sparked by a welder spread to the warehouse where it had been stored for six years. 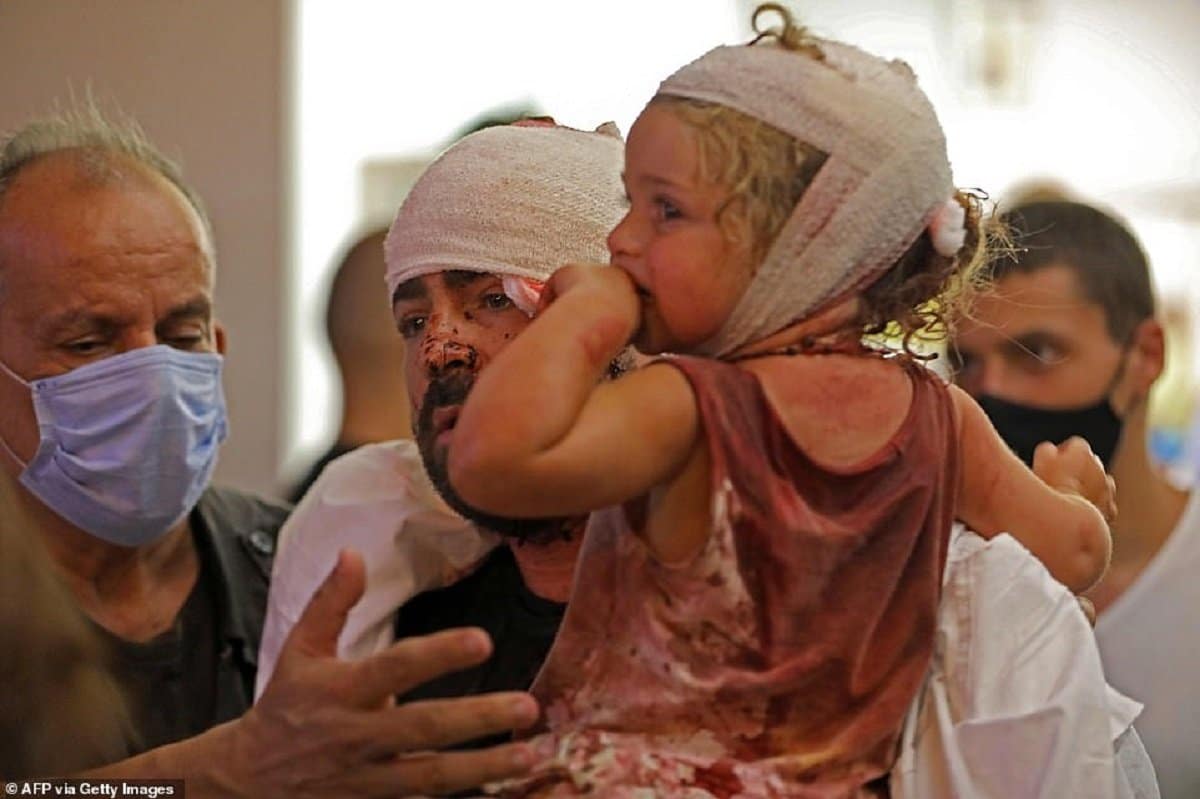 Damaged hospitals were last night creaking under the strain of more than 4,000 casualties wounded by the blast, which was even heard 125 miles away in Cyprus.

Rescuers worked through the night into Wednesday morning in a country already reeling from its worst economic crisis in decades.

Residents of Beirut awoke to a scene of devastation this morning with smoke still rising from the port, where a towering grain silo was shattered. Major downtown streets were littered with debris and damaged vehicles, and building facades were blown out.

The head of Lebanon’s Red Cross said: ‘What we are witnessing is a huge catastrophe. There are victims and casualties everywhere.’

In a statement released this morning, the humanitarian agency said that more than 100 people had lost their lives.

Prime Minister Hassan Diab has vowed those responsible will ‘pay the price’ and plunged the country into a two-week state of emergency.

The United States, the UK, France, the Gulf states and even bitter rivals Israel have offered aid to the country, which is already grappling with twin economic and coronavirus crises.

Witnesses likened the explosion to a nuclear detonation, and scientists making initial calculations said the 2,750 tonnes of hazardous chemicals produced a blast equivalent to about three kilotons of TNT – roughly a fifth the force of the Little Boy atomic bomb dropped on Hiroshima in the Second World War.

President Donald Trump last night called the explosion a ‘terrible attack’ and said US generals had told him it appeared to have been caused by a ‘bomb of some kind’, without offering evidence.

I Told Obasanjo To Honour MKO Abiola, He Said I Should Mind My Business —Moshood Erubami

The United Nations says no fewer than 70,000 workers are believed to have been rendered unemployed by the recent devastating...

I Told Obasanjo To Honour MKO Abiola, He Said I Should Mind My Business —Moshood Erubami

Coronavirus Cases Could Reach 50,000 Per Day In UK Unless… Govt Scientists Warn